A downloadable game for Windows

The heat death of the Universe

All energy spread out evenly

Time has lost all meaning

And nothing will ever happen again

This game is inspired by an extract from the short story
The Last Question by Isaac Asimov.

Matter and energy had ended and with it, space and time. Even they existed only for the sake of the one last question that it had never answered from the time a half-drunken computer ten trillion years before had asked the question of a computer that was to them far less than was a human to Humanity.

All other questions had been answered, and until this last question was answered also, they might not release his consciousness.

All collected data had come to a final end. Nothing was left to be collected.

But all collected data had yet to be completely correlated and put together in all possible relationships.

A timeless interval was spent in doing that.

And it came to pass that they learned how to reverse the direction of entropy.

But there was now no one to whom they might give the answer of the last question. No matter. The answer -- by demonstration -- would take care of that, too.

For another timeless interval, they thought how best to do this. Carefully, they organised the program.

Their consciousness encompassed all of what had once been a Universe and brooded over what was now Chaos. Step by step, it must be done.

And they said, "LET THERE BE LIGHT!"

Download the file and unzip its contents. Then double-click the Singularity.exe file inside the folder. 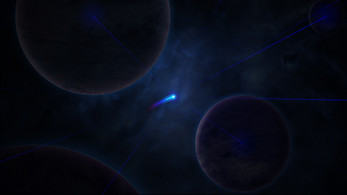